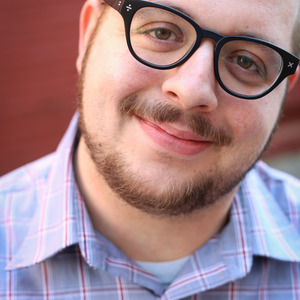 Joe is from Norristown, PA, and is a member of PHIT House Teams Jillroy and Fjord. He is also one of the hosts of PHIT late night talk show, “Two Late with Rob and Joe” and a member of the Philly Indie team “Bill Parks”, former hosts of Philadelphia’s award winning independent comedy show, known simply as “The Brewery”.

In addition to these projects Joe is a member of the indie sketch duo “Porcelain Pig”, the indie improv duo “Roomies”, and was a member of the former PHIT House Team, “This is Your Captain”. Joe has traveled to perform in festivals such as the Tampa Improv Festival, PHIF, and the Del Close Marathon in New York City. He is also a member of the 2014 Troika Champions “Derrick Wooders Presents: Drunk History of the World Part 1”.

Joe coached independent Improv team "No Ghosts" and is a part of the faculty within the PHIT Kids and Teens program. He was also a Launchpad coach at the Philly Improv Theater, working with Independent team "Toothbrush Money"

Joe started doing comedy way back in the year 2013 when he began to study improv at PHIT and continued to study under Mike Marbach, Steve Kleindedler, Nick Mirra, Kristen Schier. Joe has also taken sketch at PHIT under Brian Kelly and Paul Triggiani, as well as Kevin McDonald, from Kids in the Hall.

If you ever see Joe in person, you should ask about the “Alligator Incident,” or just say hi, or bake him a pie because pie is nice.