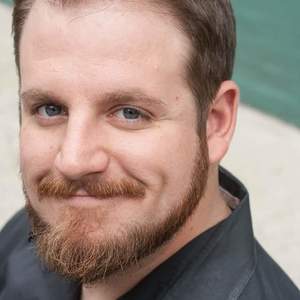 Kevin has been a regular instructor at PHIT since 2012. He was honored to work with PHIT indie team Rage Friends as their director for their debut and the year to follow. Kevin has been a member of PHIT improv house team Davenger, Philly indie teams Iron Lung, Beirdo and Playback. He also performs in PHIT sketch house team Goat Rodeo. Kevin is a regular player at ComedySportz Philadelphia as well.

Kevin has been performing theater since highschool. He graduated with a minor in Theater Arts from St Peter's College where he simultaneously discovered improv at the UCB in NY. He took his improv 101in 2006 and completed the PHIT curriculum in 2010.

Kevin recently studied at the Pig Iron School of Advanced Performance Arts in a two week intensive on devised physical theater. He is excited to bring more elements of physical theater into all types of comedy.