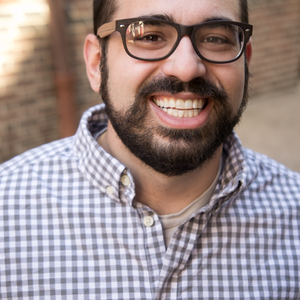 Rob Alesiani began his improv journey as a student at The Upright Citizens Brigade Theater in NYC in 2005. After a long sabbatical, he returned to improv in 2013 when he moved back to Philadelphia, completing the core training program at The Philly Improv Theater. He has completed the Summer Intensive and Advanced Intensive training programs at iO Chicago, training under Tara DeFransisco, Bill Arnett, Matt Higbee, Ferrel Walsh, and Steve Waltien.

He has been coaching improv for over 2 years.

Rob's philosophy is that the scene will always be about the relationship between the characters in it. He stresses the importance of finding emotional vulnerability in scenes and total team support. He has trained extensively in Harold.

Rob is currently an instructor at The Philly Improv Theater.