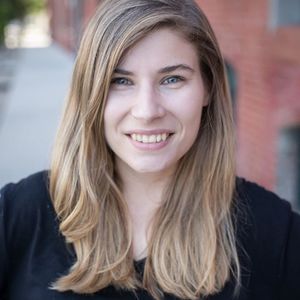 A lifelong performer, Sue is a classically trained singer who sang throughout high school and later in college with the Penn State Women's Chorale (directed by Prof. Jayne Glocke). Outside of performing she works for a bridge and spends most of her time plotting how to spend more time with dogs.